Happy news day to us! Bike Smut has had a few excellent media moments, basking in the sunshine of GQ Italy, being on the front page of Malmo, Sweeden's daily paper, and an excellent article in a publication in Spain. But while all of these are great for their own reasons lightning has just struck twice for one talented writer who intrinsically "get it" 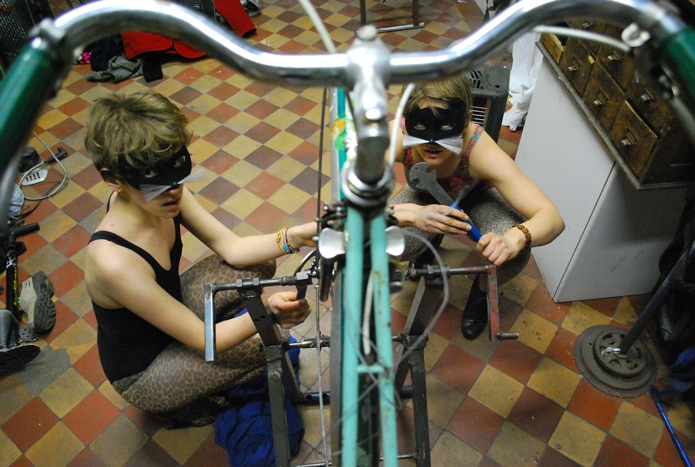 For the 2nd time Ms Jones has stepped up to the plate for Bike Smut and also the 2nd time she has knocked it out of the park. Her 1st article appeared in Bone Shakers Magazine in 2012, covering the fabled "Orgasm Trail" a choose-your-own-bikeporn-adventure.  It has long since sold out (Bones Shakers is an excellent publication; you should definitely subscribe to it) but the archive PDF is free here (go to pages 34-39, then read the rest) so you can see the article and also some fantastic photographs from Bike Smut in Madrid, Spain; Graz, Austria; Tucson, Arizona; Lyon, France and Bucharest, Romania (whew! that was a good tour!)


Bike Smut takes bike culture and the fetishization of the bicycle deeper than ever. Reverend Phil’s call for “better transportation and better sex” is irresistible, as are the Bike Smut pillars: joyful exploration, shameful flirtation, and radical honesty – after all, shouldn’t social change be orgasmic? Follow the tour here. 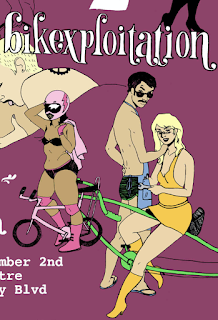 Now Ms Jones is back! Due to her previous masterful handling of the topic we gave her more intimate access to our founder, Reverend Phil* for a more serious chat about the history of this plucky film and performance festival.

We are not even that bothered by lazy media. We know how difficult writing can be and doing it under impossible deadlines can make for some slapdash work.  No what we really bristle at is manipulation of ideas to fit a perceived audience.  Our noble efforts can be easily twisted to appear as a freak show either by editors with an agenda (looking at you Vice!Mag). This is the kind of click bait that leaves readers feeling duped and wanting to avoid engagement altogether. Its an impossible scenario. Good journalism has been devalued in favor of high volumes of vapid stories and writers so often told that exposure will make up for the lack of actual compensation that doing good work has become a virtual impossibility. 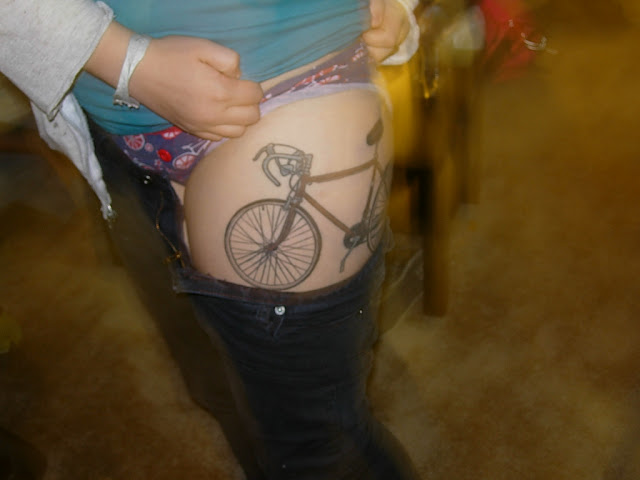 Thankfully some writers care a little more,  dig a little deeper and the results show. In this article Ms Jones shows some of the challenges to running an ethical porn film festival on no budget and why it sucks being Tazered and arrested and prosecuted days before a World Premiere is a rough way to start things. Many of our strongest political leanings are not explicitly commented on but simply made into the structure of Bike Smut. Bike Smut's form of distribution, our not distaste for abuse of power, or the drive to keep our footprint (or tire tread, if you will) as small as possible while still having a significant impact!

Bravo to Ms Jones! Please tweet at the fabulous writer of TWO of the best articles ever written about Bike Smut: @ratbabyjones

* whose stories can verge on the epic... either being unbelievably overwhelming or just too fucking long
Posted by revphil at 12:02 PM