They do not mince words.

Could the crack team of uber-smarmy posters on the Portland Mercury's blog actually be loosing a battle about the nature of hardcore pornography and the World Naked Bike Ride with a Judeophob?

Click here for the latest in commentary about how riding a bike naked is linked to white pride (not that there are a lot of proud, naked white people riding bikes in Portland or anything).

Thanks to Sarah Mirk for her uncovering of the truth about boobs.
Posted by revphil at 5:28 AM No comments:

honestly this is only one step away from being outside our range, but somehow it gets the nod.

How about that music? Feel the lounge-y sample of the Theme song to Superman?

So what do you think? too pedestrian?
Posted by revphil at 1:55 PM 1 comment:

Lets hear it for the cinco en junio!

After a month like that it seems only fitting that we take a bath or something. So come and join us in the water! The sexiest bike event outside our pants is happening (July 4th?) just off the I-5 corridor in Central Washington in a place we call: CheHellYES!

Imagine a lot of sun and bikes and water. And explosives, and alcohol. Don't sacrifice your beautiful genitalia! Bring whatever protection you need and come have the time of your life.
Posted by revphil at 5:52 PM No comments:

due to the massive outpouring of support for the show we have decided to overwhelm you with bonus screenings!

Hey there humptastic bike jerks! We need your insightful/obscene thoughts on the show!

2 in the can, more in the bush

that's a lot of bodies but thankfully the nice people at the Clinton Street Theater have strong backs. More great movies there all weekend long as part of the Portland Underground Film Festival.

For those who escaped from the show without being murdered please leave a comment about where you are and how you might want to be murdered in the future, and also what you thought of the show. Lets see some dialoge! (get it? 2 way log!)

in case you didn't know tonight is the World Naked Bike Ride. (NO LINK FOR YOU!)

meaning no matter where you are (in the northern hemisphere) you can ride your bike naked and probably convince a few thousand of your new bestest friends to join you.
Posted by revphil at 2:31 PM No comments:

LIVE on the internadical radio!

hey there, if you can view this webpage you can probably watch/listen to us at CrankMyChain Live! right now! some other time.

Catch CrankMyChain Two Way Television every Wednesday at noon!
Posted by revphil at 11:00 AM 1 comment:

This promotional trailer premiered as part of Filmed By Bike.

Only a few days until the world premiere!

Posted by revphil at 1:12 AM No comments:

Ah British humor. I guess as long as there are no women dropping their drawers its not considered pornographic? Perhaps it's not exploitive this way.

So was that a full on cargo bike? Hot.
Posted by revphil at 8:06 PM No comments:

Tune in next Wednesday, June 10th at 11am Pacific Standard Tiempo!

Photo credit to Evalyn Parry who seems to be yet another rad Canadian biker gal.
Posted by revphil at 5:44 PM No comments:

The internets are still full of sex

What terrible convenience! Someone hacked this bike rental display in Spain resulting in it playing pornography. A large crowd gathered and after a few hours the police (who were also standing and watching and not really sure what they should do) decided to cover up the screen with paper.

let me put it into context somewhat. Picture Arnold Schwarzenegger riding a 20” child’s bicycle. Not a pretty picture.

Pretty? What about hilarious? Maybe enviromentally devistating is a better way. to put it link to motocross
----------
Also, next week Ron Jeremy will open a sex club downtown. Careful examiners of the byline will notice that the Portland Mercury's blog covered this story months ago, but all the big media (Fox, The Oregonian, BikeSmut) seem to be covering it now.

We hear that a bike ride might be heading that way on Friday June 19th. Check your local listings!

Posted by revphil at 4:24 PM No comments: 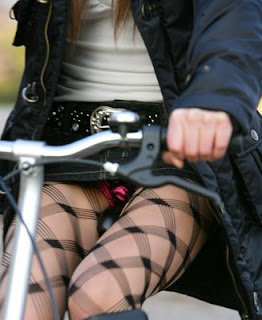 What's that? You planned to make a movie but didn't get it done in time?!? For shame.

Thanks to all the pervs who has submitted to our will. You will be dealt with soon enough.


er we forgot where we stole this image from so please accept our lamest preemptive apologies!
Posted by revphil at 1:14 PM No comments:

Deadlines! they are awesome!

speed hump!
Posted by revphil at 1:14 PM No comments: