we're not drawing a blank

Holy illustrious bikesexuality! All this euro tour plotting has gotten us kinda behind schedule in our internetical sharing of quality, "sustainabilabro approved" erotica. We are scheduling BikePorn 4:PLAY in forward cascadian cities in Jan/Feb 2011 as well as US Canadian border towns in March. Ottawa we got a little something for you!

This just in (and out, and in again) Victoria screening has been scheduled for Friday, Jan 28th! We shall return to the biker's island and look forward to the multiple live, locally produced performances that are going down in conjunction with our screening! Exclamations!

We are kinda anti numerology, but we are nontheless still excited to celebrate our four hundredth and forty-fourth posting!

If anyone knows the artists please post in the comments so we can credit them.
Posted by revphil at 1:04 AM 1 comment:

We are blessed to have great art to share. All the different artists who chose to express their ideas give cause to bring a local community together.

But it is really that community brought together to enjoy and explore that make a screening an experience.

Some nice folks over at Westwood in Denver asked to join us in documenting the spandex covered glory.

Soon our sleek caravan will begin the sojourn home to Cascadia. Boise polo on Wednesday perhaps?
Posted by revphil at 11:41 AM No comments:

finally some gender equity in our bikesexual objectification. This is how we Tap the Rockies 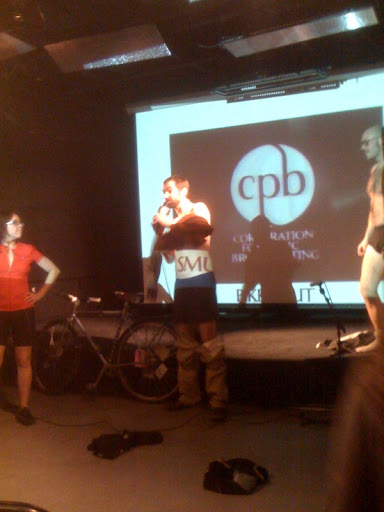 Now starts the long process of paying reperations to the abused and unprepaired masses... yer welcome.

Tomorrow come and get yours wherever the Denver Mallet Mafia decide to bring the ball whackin noise! Come heckle for fun and profit!
Posted by revphil at 1:31 AM No comments:

Tapping the Rockies One Last Time

Its the final stop in the Tap the Rockies Tour If only the show was on July 7th we could have some numerology based action.

We are plotting a variety of screenings in Olympia, Bellingham, Victoria, Vancouver, and Eugene this winter. Excited bikesexuals of Cascadia represent!
Posted by revphil at 4:06 PM No comments:

on condoms and helmets

We can't count the number of times motorists have endangered themselves by sticking their heads out theor window to more effectively yell about how we should die for not wearing a helmet. If only those busybodies were around when we needed condoms. 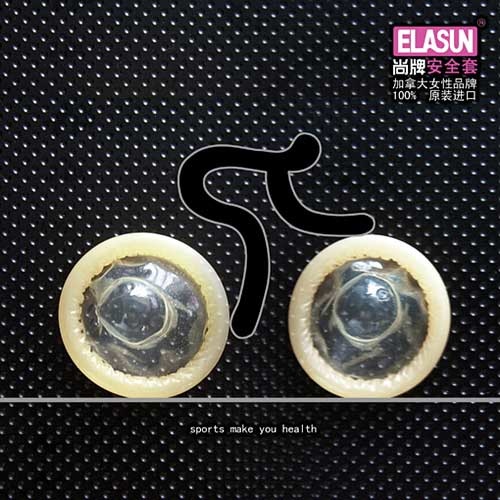 Interesting thing about tools... how they are used... how rocking the appropriate safety equipment is encouraged and how we shame those who do not. It's true that certain members are allergic to some plastics and a bad reaction could make us not want to ride ever again. But that is the point. Its more about knowing the risks and we are presented with anecdotal evidence not factual statements. For as dangerous as cycling seems when a ton of steel comes within inches of you at 40 miles per hour, it is quite safe, statistically. Especially when compared to riding a ton of steel at high speeds, which in the United States is the number one cause of death for those under 37 years old.

If you were in a long term relationship would you be so strident about wearing a condom? How about going protection-free on a bike ride through a park?

This Ted Talk goes into the some of the truth about helmet behavior.

We have preached openly about cycling helmets and the culture of fear for some time. It is so heartening to have our feelings expressed by someone with (marginally) better powerpoint skills.

Get down with the Bobby Brown prerogative.
Posted by revphil at 5:28 AM No comments:

Fuck bisiklet! That's what our new friends at KAOS GL, a quarterly publication in Turkey say about our plans to visit them in 2011.

In fact they had a lot to say, but so far our translation skills are more amusing then accurate. Nevertheless what we have discerned is that they are all for the liberation and social implications of a more bike-sex-positive culture.

Now then, where should we go next?
Posted by revphil at 7:56 PM No comments: