From Brats to Wieners this dick on a bike is rolling across sausage country!

Bavaria was also fabulous in a completely different way. Leaving Leipzig after midnight then riding from Munich to the suburb of Augsburg on no sleep and just the promise of Bavarian Brunch was a delightful suffering. But white beer, white (brat)wurst, soft pretzels and a hot shower got me in the mood. The Bike Kitchen in Augsburg were really into it they even made this promotional video:

Pretty fucking cool eh? The show was also exciting. We had a massive audio blow out in the first 20 min which resulted in the speakers screaming more than 120 decibels of pain... for 3 minutes  Yikes! But after pulling all the cables (yes even the projector) there was silence. A few words of patience and the audience waited on the streets outside while we scrambled to fix the power/audio issues. another 30 min and we were back on it and the room was maybe even more packed! A very good sign. They screamed with delight and because we had never been to that town before we showed some videos form the archive we don't but out very often including  a "bike snuff" vignette from the early days. Another dance party and tall bike rides around the city ensued.

The next day we were in Munich where the Academy of art students were presenting their final works. Really fun to have many rooms of thematic art. In a bizarre moment an artist, who wrote a great story about our first screening in Munich three years ago saw us in the halls of the Academy and showed us her art. Her room ended up winning the best in show which is pretty fucking cool.

It was a really hot night. We were planning to do it inside the Kulturjurte (Culture Yurt) but that was gonna be a sauna so the rad bikesexual folks at Bike Kitchen who made a good poster and organized it help us set it up under the stars. It felt great!

Our Bike Smut Munich office got some photos too! 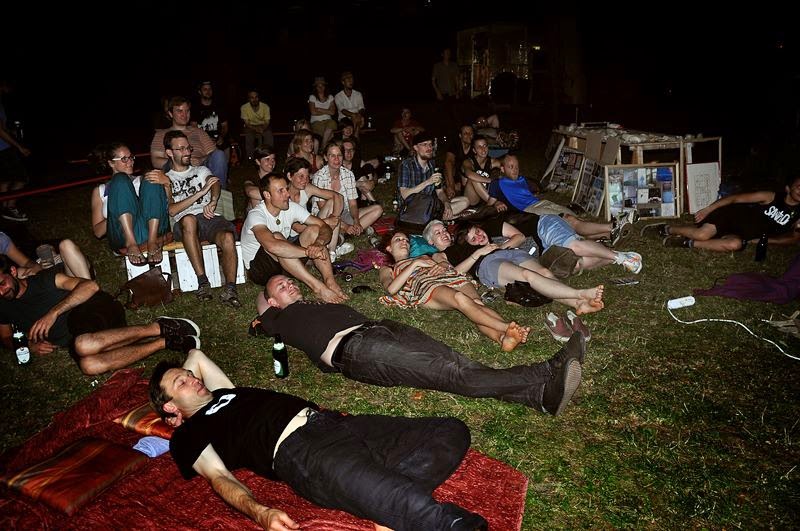 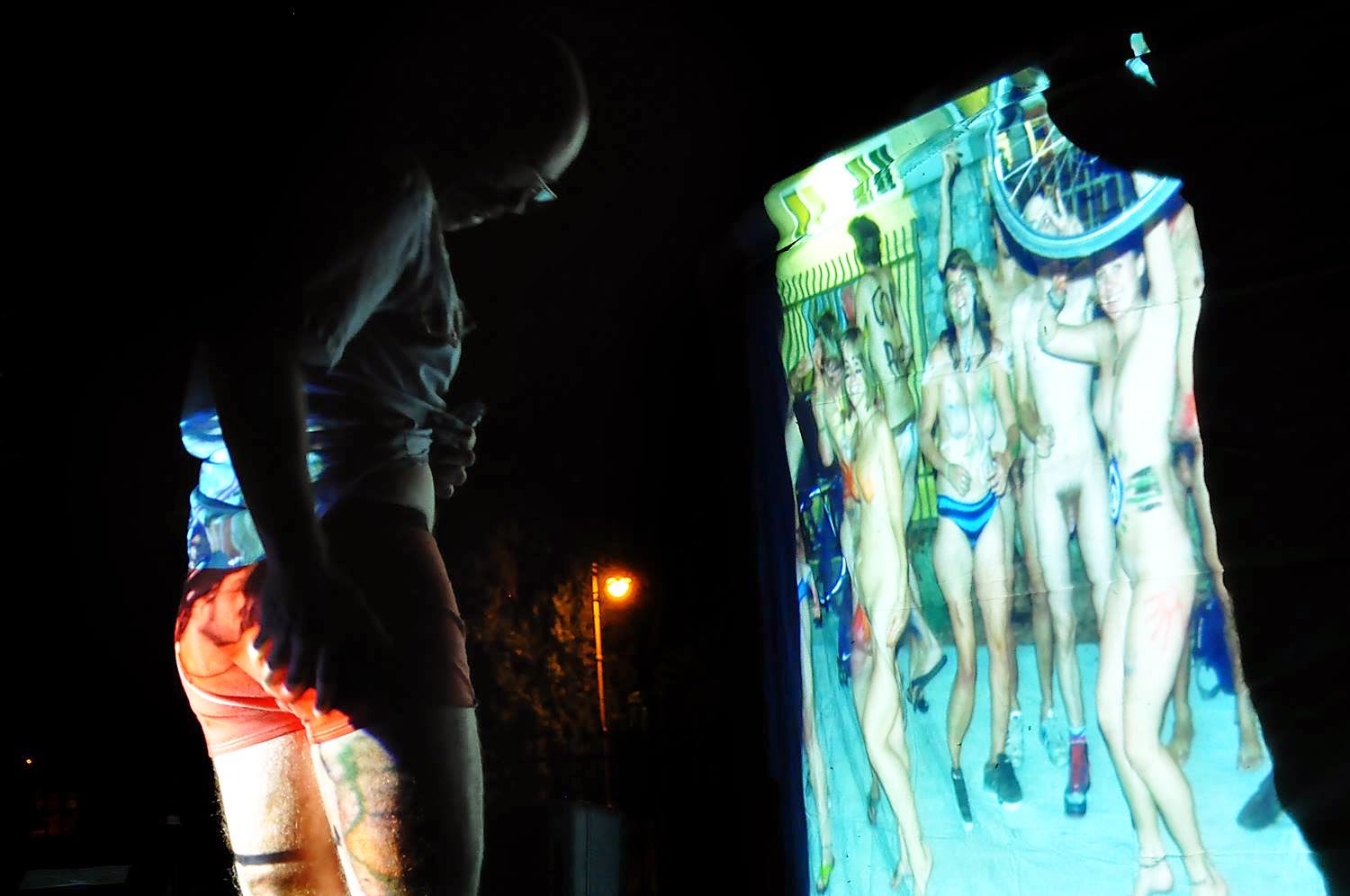 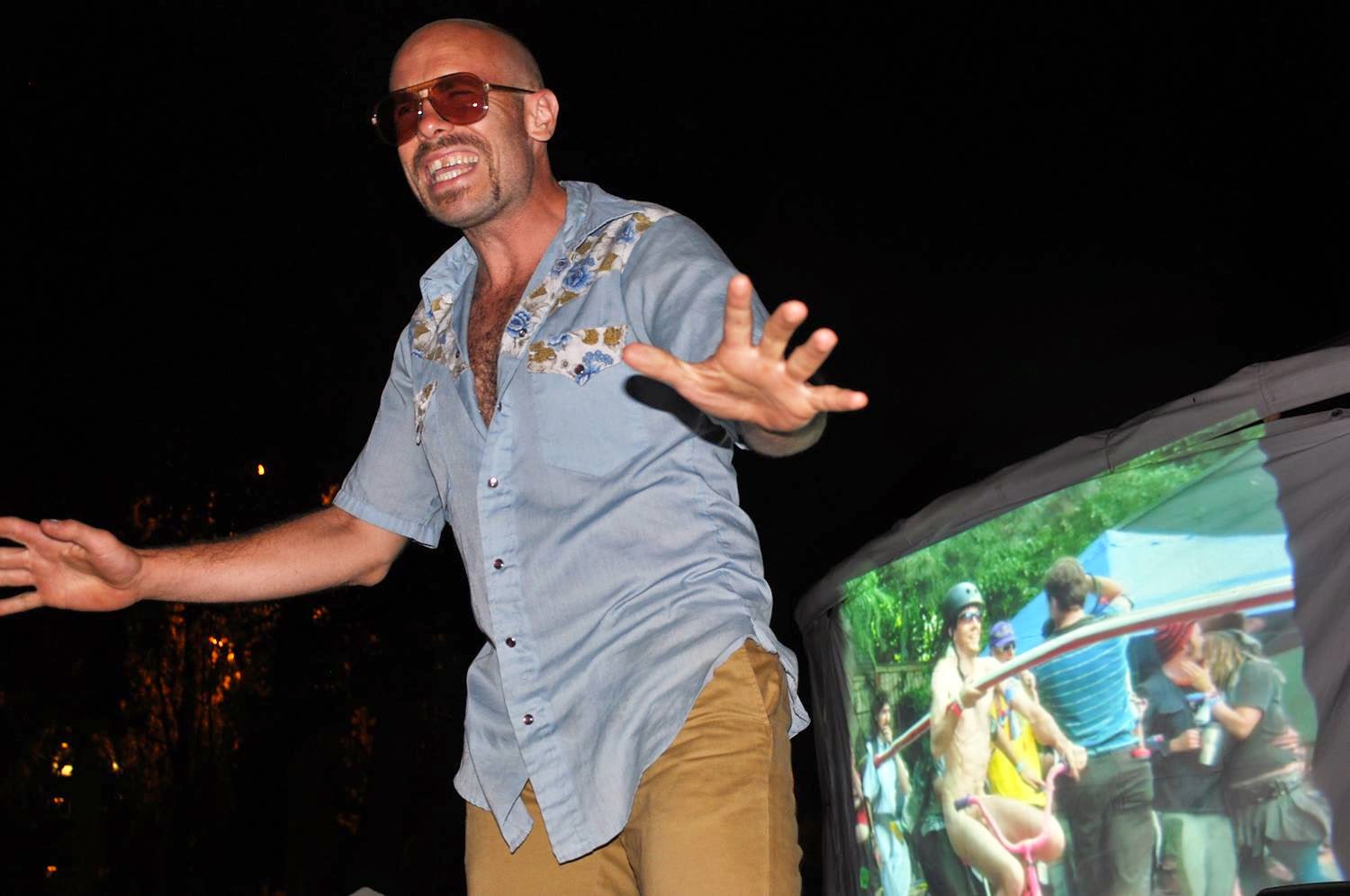 Then a gloroius ride along the Danube which has a excellent bike trail...

Thursday at the Bike Kitchen in Linz

Friday with Critical Mass in Bratslava 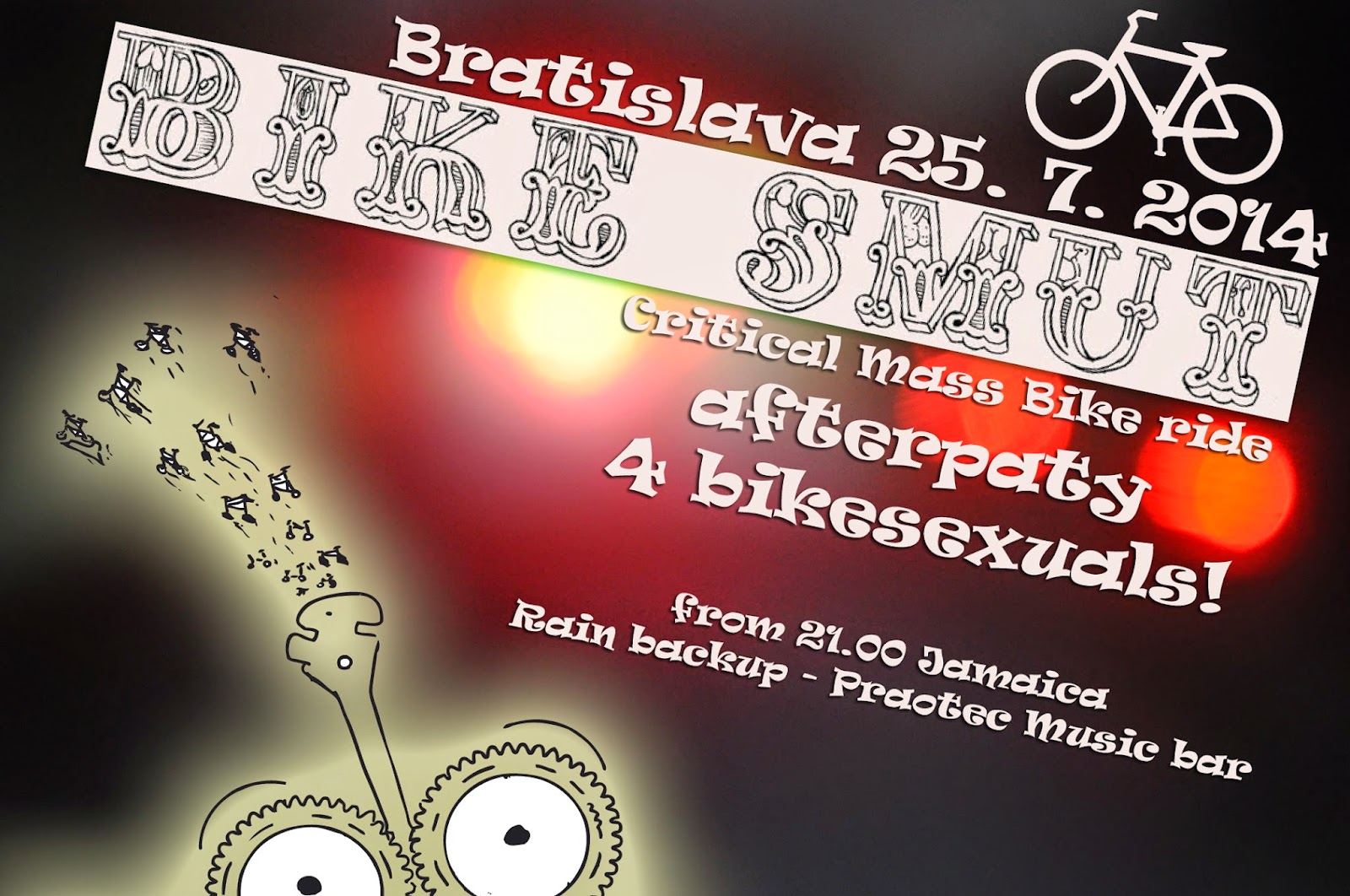 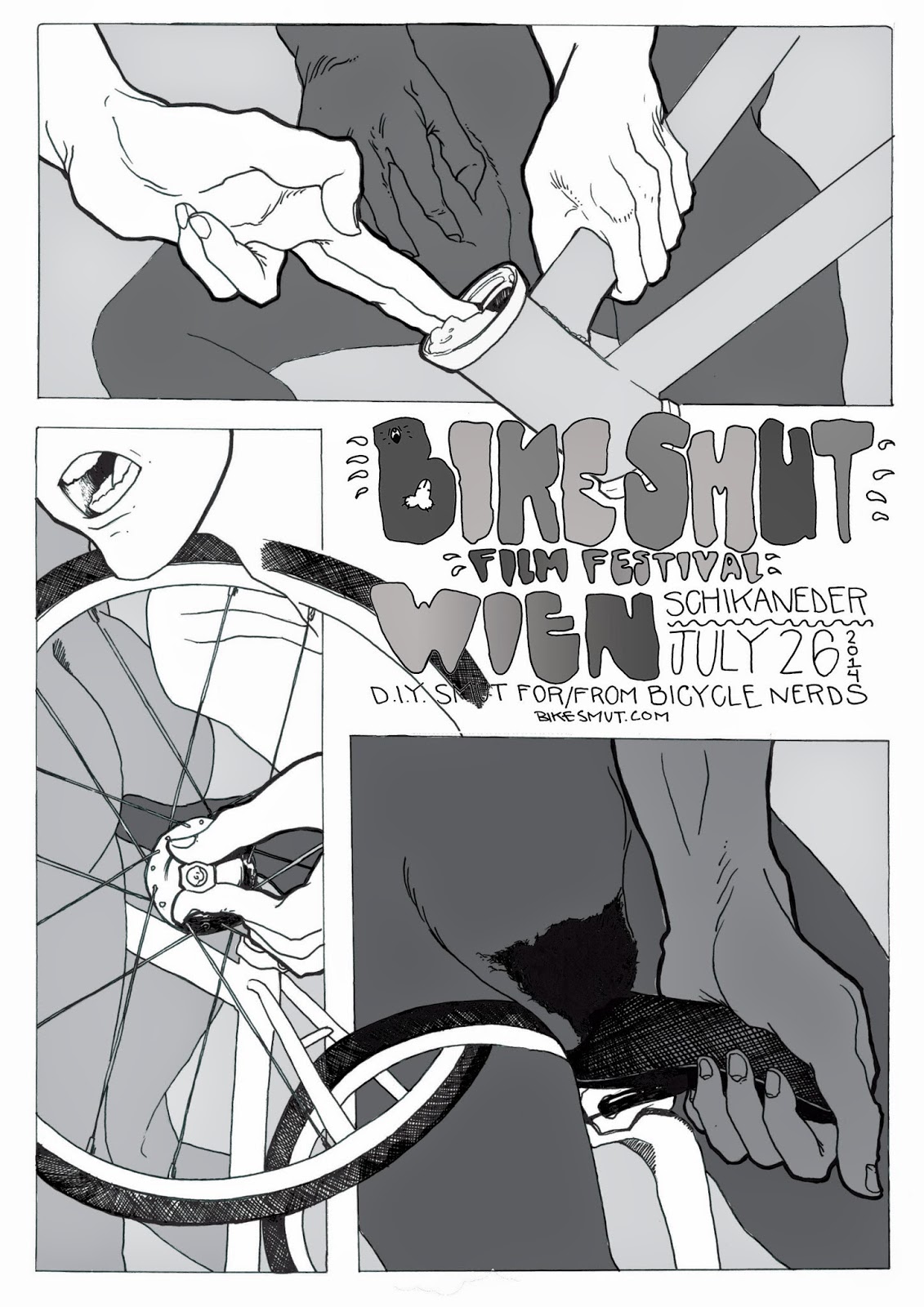 Posted by revphil at 4:22 AM No comments:

We were in the midst of a pretty excellent bike tour, traveling all across Italy from Torino to Naples to Venice then out of Italy cross Slovenia to Zagreb, Croatia back to Slovenia to Graz, Austria.

And then there was a call to arms and legs! We are going to Bike Wars!

The former East German town of Leipzig is the battleground for another brutal example of why bikers should be given lots of welding equipment and beer. 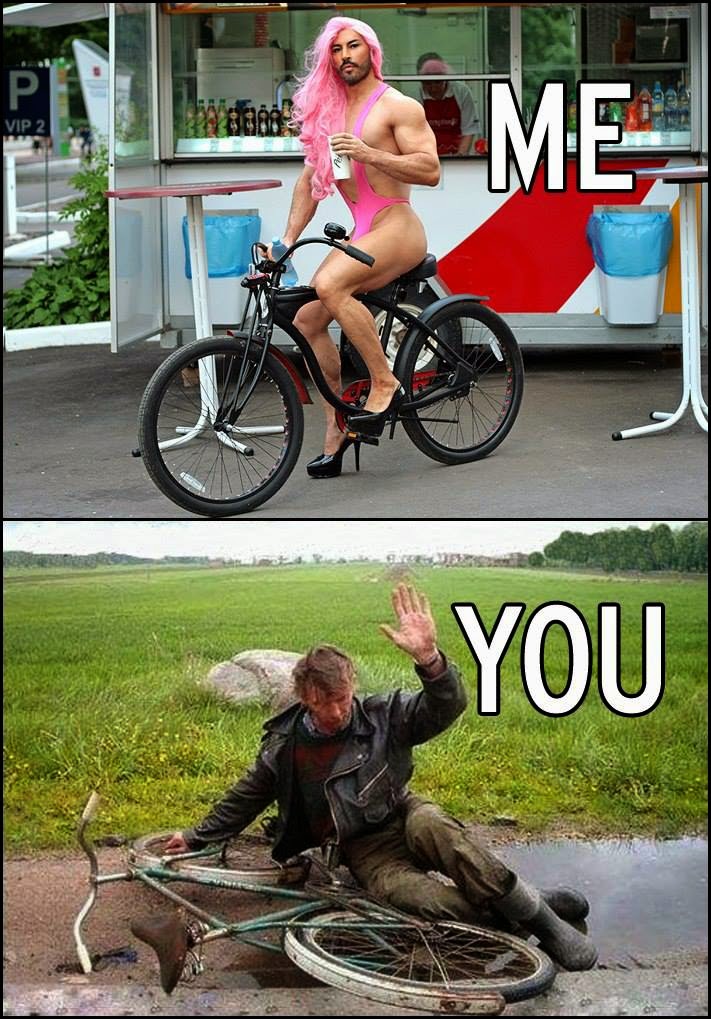 Bike Smut will bring these warriors to a frenzied pitch!

Then our rubber treads mercilessly over the former Austrian-Hungarian Empire

Will we make it to Budapest or will the prudes halt our easternly advancement leaving us the sweet nectar of the Czech Republic to suckle upon? 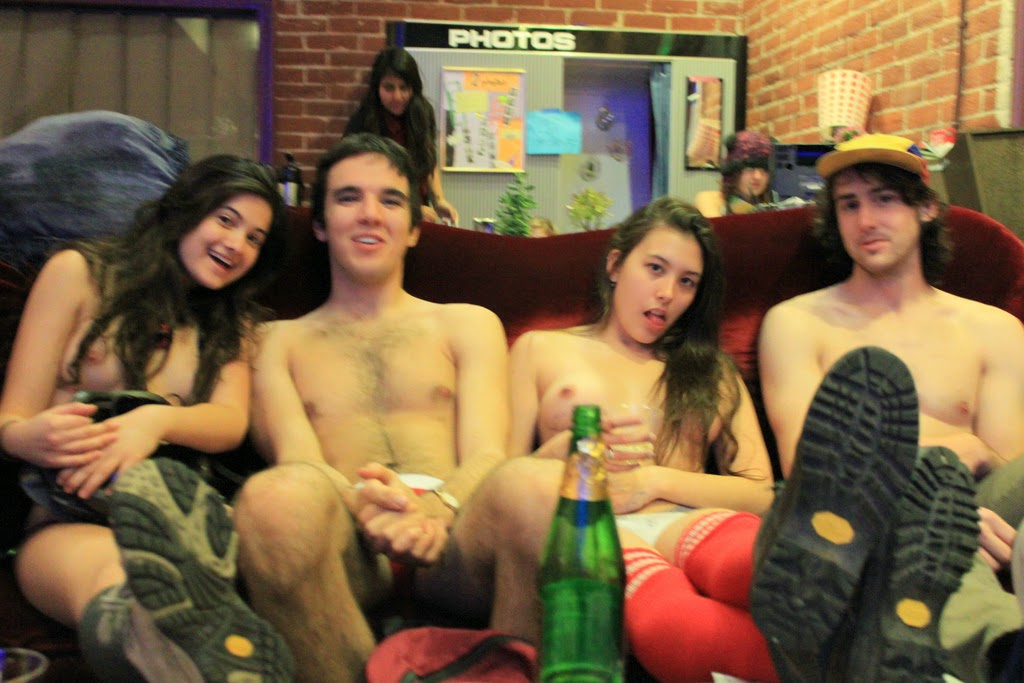 The bikesexual war of eastern Europe shall be won or lost in these days. Do not sit idly by, stand up and let the world know that you love your fucking bicycle and you will proudly defend yourself from anti-bikesexual fascists... this is how we do it