(Apologies to the folks at Your House, who would have been fine hosts)

Here is a sweet printable image you can use to harass your prude friends at work. Thanks to Saltcycle.com, Rock Paper Scissors Collective and Cyclecide for all your help.
Posted by revphil at 7:25 PM No comments: Links to this post

Polo in the Bay Hardcourt bike hockey started in the Pacific Northwest 7-8 years ago. Teams in Portland, Seattle and Vancouver have for much of that time been beating the crap out of each other for fun and bragging rights. A number of breweries have been able to make it though slow economic periods due to our patronage. 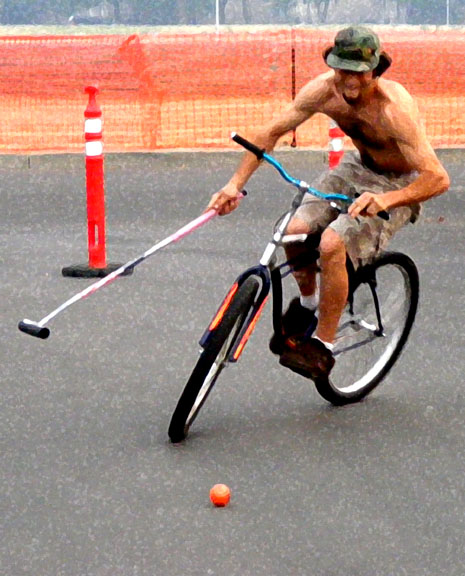 From the NW many a sojurn was made to the Bay in seach of similar hardcourt action. Typically the result was good, but not sustained. SF was perpetually the land of old school grass polo. In 2007 SF hosted the NACCs and many bike punks got a taste of what bike polo can be. Epic games are still discussed in Portland ad nauseam. Here we see the influence of NW polo.

Now at the end of 2008 both SF and Oakland have regular polo battles, this weekend there are a couple extra.

We heartily encourage you to check http://bikepolo.ca for an international discussion of the game's finer points and blunts.
Posted by revphil at 1:26 PM No comments: Links to this post

who the fuck forgot to title this shit?

This Friday we ride in our first SF Critical Mass. It began in San Francisco years and 2 months ago, since then this simple monthly ride has given urban bikers around the world a chance to feel safe while riding. Being apart from auto traffic means breathing easy; being on a bike means looking good.
Later that night we host 100s of sexy bikers, and the premiere of The Loaded Warrior trailer

Meanwhile we are still waiting for our alcohol stimulus package.

After critical mass, come see us at
Roxie Theater
Valencia and 16th
11pm

Thanks to the Bike Coalition, Laughing Squid, Cyclecide, Slouch Cycles

Keep us pumped as we roll up the coast
Posted by revphil at 12:42 PM No comments: Links to this post

get crunk in the bay come and get some this weekend in the bay

Posted by revphil at 11:28 PM No comments: Links to this post This message of preparation comes from MilzMilz, the Trash Crew member so nice he named himself twice:

P.S. you should bring a 12 pack and some pizza.

So there's our challenge, for people wanting to observe an indoor footdown post-porn dance party be at the Paul Sweet House Tuesday, November 25th
Posted by revphil at 11:41 PM No comments: Links to this post

From the pit of Hell-A

Just when we had given up on having a screening in Los Angeles, my new favorite Midnight Ridazz Marino steps up to deliver a gem of a location.

Thanks for keeping the fucking bike dream alive:

Ideally our friends Chicken Leather and crew from Kill Radio will join us with some live broadcast action.

Posted by revphil at 8:57 PM No comments: Links to this post

Let us have some rad fucking times

Apparently the Baldy Bomb has been moved. Now it is a Sat night camp out and Sunday bomb.

much thanks to the Velo Cult for hosting us, and all the polo players of San Diego who pulled it together for some late night action.
Posted by revphil at 1:57 PM 4 comments: Links to this post A note to college students trying to convince their academic advisers to pay us to come to your city so that you don't have to (pay us that is).

"Uh, I don't know, it seems cool." Is not gonna cut it. Lucky the folks at Claremont University know what it takes.

"Bikexploitation is a new documentary created by Portland bike activists that explores social themes of exploitation and domination in transportation culture."

Who would dare not support this? Well done Pitzer College students.
Here is the word from our hosts in Claremont: 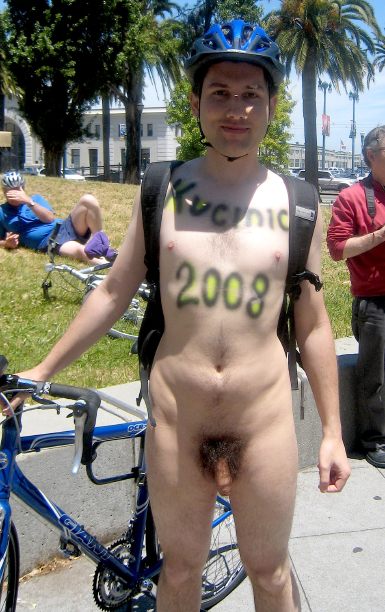 Pretty sweet. But why stop there? What about naked bike polo?

Whatever we are doing it is happening Friday November, 21st in the sexy burbs southeast of Los Angles.

Now, were are we gonna do this weekend? Midnight Ridazz represent!
Posted by revphil at 9:36 PM No comments: Links to this post

Yep we are still delivering the goods in the SW. On our way to California! happy trails
Posted by revphil at 3:48 PM No comments: Links to this post In Portland we remember a time when girls played polo... they even had their own league for a while. Then their numbers were drained and now we have some of the toughest ladies playing the sport. This weekend we are in Tempe/PHX to see if more sun = more baked clams.

Monday nights at 8:00 at the northwest corner of Dorsey and Southern in Tempe.

So then, our Portland Pork Barrels will face their #1 team for some unquantifiable amount of glory and probably a lot of beer, on the hardcourt no less!

Posted by revphil at 6:02 PM No comments: Links to this post According to our sources, he got a flat in the first lap and played catchup and drink the rest of the race in order to take home 50th place. This image captures much of the Republic of Doom sentiment.
Posted by revphil at 3:22 PM 4 comments: Links to this post 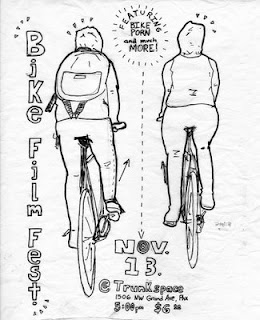 Avast! Our friends in Phoenix have made a rad flyer!

if you are in Tempe (a tightly defined city surrounded by the endless sprawl of Phoenix) you should investigate the Bike Saviours. Moreover there are more than a few fun things planned for this weekend,

starting with a challenge!


bike polo in Phoenix at 7:30pm on Wednesdays at the Desert Storm park at 16th St. and Colter Davis Bike Church: Get the Fuck Out!

Brothers and sisters, it has come to our attention that the Davis Bike Church, which has been offering education, tools and support to cyclists for several years, has been evicted! 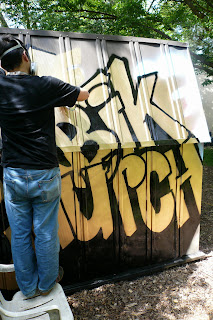 Citing things such as being open to the Davis community-at-large as a liability the UC Davis Student Housing has not given us any possible alternatives, stating only that we need to get out.
- paraphrased statement from the Bike Church Ministers

This is a very disturbing turn of events. Davis, California was the nations first platinum bike city as defined by the American League of Cyclists. It has been a badge that many residents have worn with pride. After this despicable act they may be the first city to ever loose the status as a Platinum Bike City. 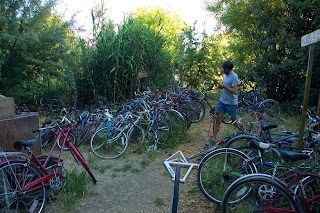 Bike Church represented at 3:40 in this Street Films movie

email the the bike church with your support: bikeministry@ucdavis.edu

"Tuc Son" That's one way to remember how to spell Tucson.

Thursday, November 6th we are at the Dry River Collective showing Bikexploitation. Then Friday, November 7th we show The Pornography of the Bicycle. Back to back screenings are pretty rare for us, and we are doing it to help celebrate Dry River's 3rd Anniversary of not being shut down by the man.

I hear rumor of a game of capture the gland may break out on Saturday, and closing this weekend is the All Soul's Procession on Sunday.

Quite a weekend, come on down

------------
we didn't find the polo game last night, but made contact with them today and are hopeful for some polo action soon, perhaps Monday!
Posted by revphil at 6:06 PM 2 comments: Links to this post

tommorw we can match wits with the tucson polo team

Tucson Bike Polo is played every Thursday on the UofA mall (East grass area) @6or7pm until we Mob out! (since2003) 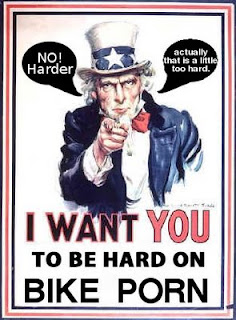 lets see what they got!
Posted by revphil at 10:54 PM No comments: Links to this post

Some exciting things about Bisbee, AZ:

Just sayin...
Posted by revphil at 11:52 AM No comments: Links to this post 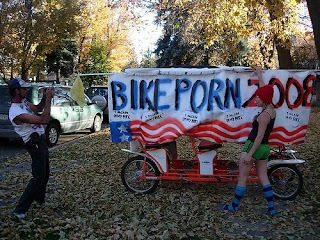 We are out of Texas!

Presently we are on the road West past Warez, Mexico (the home of one of the most terrifying series of unanswered female disappearings and deaths) To Bisbee, AZ where Spooky Tooth Cycles plays host to our sultry cycle program. A added bonus, The Whiskey Breath Burlesque is joining us in this screening (and again on Friday in Tucson)
Also, they are working on having some naked tall bike jousting beforehand.

Honestly, we are thinking of making them some sort of award for having the best web page pimping the show.

ALSO we hear they play polo Thursday in Tucson. So we are coming ready! 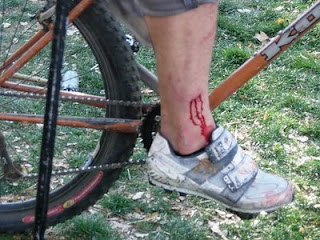 Comon AZ! lets do this up right!

Posted by revphil at 9:44 PM No comments: Links to this post

On our way out!

Will we find a space to show the goods in Marfa before we leave TX? Or we will attempt the dreaded pull out method? 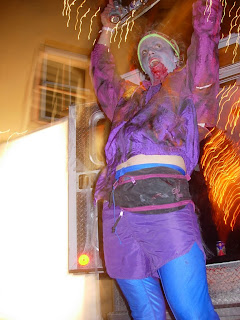 Posted by revphil at 11:40 AM No comments: Links to this post