We share a lot of movies. Every year we get about a dozen film and videos from various artists around the world. Sometimes they are professionals wanting to stir their creative juices, other times they are 1st time filmmakers who got a crazy idea and decided to run with it.

This begins our weekly series where you the content starved bikesexuals get to learn a little more about the people who turn you on to getting off... on bikes! 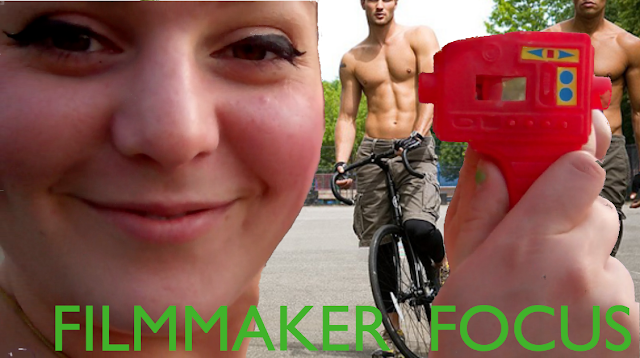 Right out of the gate, our 1st filmmaker has pushed all sorts of new limits for Bike Smut. Using consensual non-consent this film earned our 1st ever trigger warning: 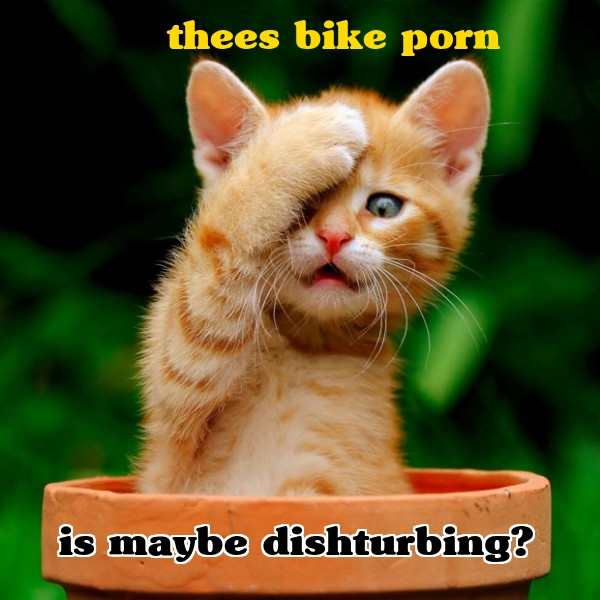 I don't have much of a movie making back story.  The closest

thing that resembles a back story would be one summer my room mate and I decided to make movies that year instead of starting a band like we did the previous summer.  We dicked around with cameras and editing on two VCRs.  I was trying to make a horror movie called Ketchuphead, where it's about a slasher in Chicago who kills people for putting ketchup on their hot dogs.  We shot a few scenes and it never really made it past that.   In 2006 I produced the D-Movie sci fi hit "Space Spider From Zagtron".

How did I come to bikes and bondage and hair... I think I had run out of room of places to shoot in my house, so I decided to scope out the garage.  I got to looking at all the junk and old tubes, etc -and thought maybe a bike themed movie.  And the hair.. .well, that's the main attraction of to my movies. Lots of hair, hair play, hair cutting, shaving, etc.  Bike Bondage was the 14th movie, and I guess I just always need to come up with new bondage situations!

Why do i like movie making?  It's the closest thing you can do to making dreams come true.  You can come up with an idea, a thought, a few words, something - and turn it into a tangible watchable feature that (hopefully) tells the story you want and looks like how it did in your head. Its the most absolute fun/creative/etc endeavor I have ever found myself doing.  You can turn an idea into reality. You can make something impossible happen.  you can trick people,. you can scare people, you can turn people on, you can create a whole feeling a whole #%@ mood with how you put together a movie. i like doing special effects, i like green screen trickery, i like imagining something and then trying to figure out how to do it with the resources i have. 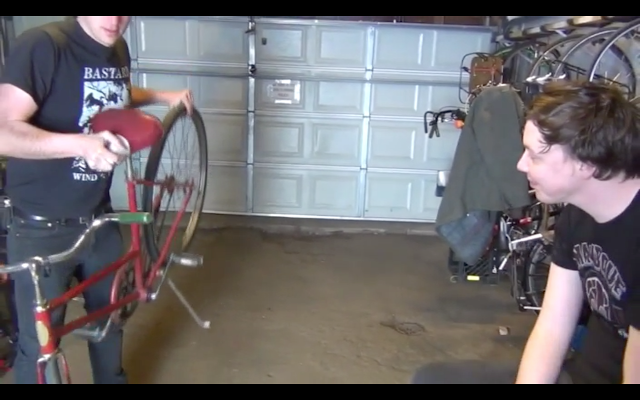 I actually had completed the movie about a few months before my boyfriend suggested i submit it to the festival.  the original non tour version is 18 minutes, which wouldn't work for tour, and is heavily focused on the boy's hair for large parts of time, which i to the hair fetishist is grade a 'bate material, but for the tour version, i scaled it back so you can get a taste of the all the aspects of his haircut, without taking away from the cliche-porn-storyboard plot.  i hope people gain erections and or some kind of arousal from my movies, or an awakening of being turned on by watching a hair cut.

I feel my features are fairly mild, and for many of my viewers, a large part of the hair cutting fantasy is not having consent from the barber.  I love to capture the simulated fear and anticipation  the coaxing, etc of the hair cut.  I'm sure there are many themes in my movies that people find disturbing or offensive, and those people aren't watching my movies, and even more likely not even searching for them.  The thing is, if you have these sexual thoughts, fantasies, fetishes - it's a guarantee you're looking it up online.  If one person's looked up 'forced haircut fantasy' - then you know plenty of others are also. 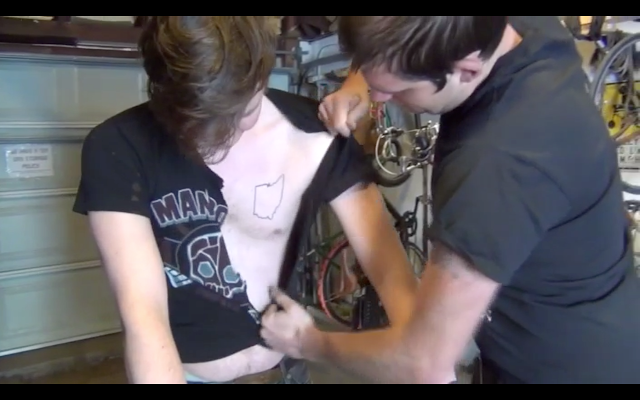 I don't know what I think about trigger warnings really.   I don't really think people pay much attention to any kind of warnings, generally.  I mean, sure there's subjects I'm not too keen on reading about or etc, but there's not a lot to "trigger" for me, personally. I think the whole point behind TW's - is for people who actually have something to trigger off of  - and we're not just talking about people being  merely 'upset'.  So maybe over all, if I had to choose a pro or con for this, I'd kinda lean toward being pro trigger warnings.  Because if you're the type of person (like me, for example) ignores warnings anyway, then all it does is benefit someone who DOES read warnings.