The Passing of our Naked Defender

Regular readers will note that this blog refers to itself in the plural, "we" rather than "I". This is because Bike Smut has been propelled by the faceless mass of legs and genitals that rarely get the limelight. By using plural pronouns we have tried to keep that awareness that Bike Smut is more than one person's ideas. Nevemind that of the (oooh!) 1009 posts that have been made over the past decade all but about 9 of them were written by one person. That one person is Reverend Phil, the founder and curator of Bike Smut. For the remainder of this post I am stepping out of my normal role into something more personal, and as such, will use the singular.

While contemplating the future of Bike Smut's final tour. I learned some sad news regarding the passing of a good friend.


In 2006 I was arrested after being hit by a drunk driver during Portland's World Naked Bike Ride. The following story of my arrest and subsequent triumph in the legal system is due to the creative and diligent effort of my recently deceased lawyer, Stu Sugarman. 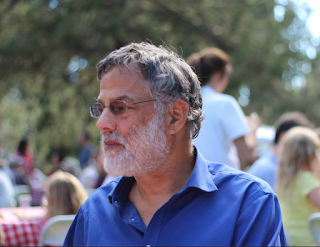 During most naked bike rides there comes a point where everyone looks around and wonders, “Will it actually happen?” No one wants to be the first person to get naked but you don’t really want to be the last either. In that moment it helps to have someone boldly announce “Now is the time! Take your clothes off and ride your bikes!” I was loud and I’ve never much cared for society’s rules regarding the obscenity of the naked body.  Clothes can be a great thing and provide many functions. Fashion, comfort, warmth, and protection all have their place. But the function of supporting patriarchal norms that make feeling shame about not living up to the impossible standards we see in the mass media? No, that is not a function I care for. So with my loud voice and marginal appreciation of pants I was invited to be the ride leader.

It was a beautiful night. Full of joyous screams of laughter and delight. The simple act of being naked returns us to a sort of child-like innocence as our assumed roles in adult life are shed as quickly as skivvies. When a community embraces these ideals we can see the result reflected in those around us as we are left with only our skin, bare for all without shame. As hundreds of cyclists rode together the city streets seemed to come alive. The sidewalks teemed with cheering onlookers overcome with the irreverence of naked bodies taking back the streets. The ride toured around downtown and while heading south on 3rd we turned right onto Burnside. Its a busy street and a handful of cars were already lining up. For the most part its better to keep cars with cars and bikes with bikes; you can imagine the danger of having distracted drivers among naked bikers.

I rode up to cork the intersection and expressed my condolences to the delayed drivers whom were all completely satisfied to sit and watch the parade. All but one driver, Amanda Truscot who through the haze of various intoxicants proceed to honk her horn, flash her lights, rev her engine, lurch her SUV then proceeded to knock me down pinning my bike under her car. It was a bad enough scene but with the addition of off-duty Portland Police Officer,  Chad Stensgaard as the passenger it became absurd. I was soon cuffed and stuffed and had a variety of misdemeanors filed against me all for keeping vulnerable road users safe! 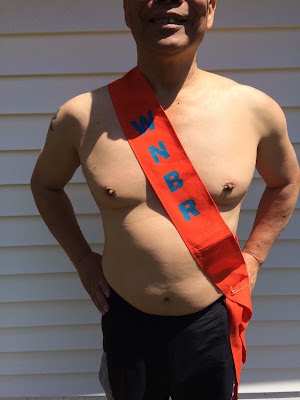 I was pretty upset, but thankfully my friend Catherine told me she knew a good lawyer who did some probono work for many activists. Many of his cases were for defending animal rights and other more nature-oriented environmental actions; but I had got a good story so maybe he would be willing to help me out. I didn’t expect I would gain a good friend.

Initially things were touch and go between us. I had been warned that like many of the people he defended, Stu Sugarman could be difficult. At one point, and with great bluster, he told me I was wrong about a detail of our case. I proved his mistake which he acknowledged and we refocused on our case. It was a small thing but in that moment we both accepted how easy it is to be wrong and that both of us were more concerned with bigger issues.

The court case rolled on for a year with several delays. Finally we had become so confident that we were going to make the DA look like an idiot we had a model dress up like Lady Justice astride a bicycle complete with white robes, scales and a U-Lock instead of a sword. The image looked great and we printed up a thousand “Naked Justice” posters. The day before our trial Stu went to the DA and presented him with one saying that he expected tomorrow to be “a lot of fun.”
“Are there are lot of these?” the DA asked woefully.
Stu gleefully replied, “Oh yeah, they are all over town! See ya tomorrow!” 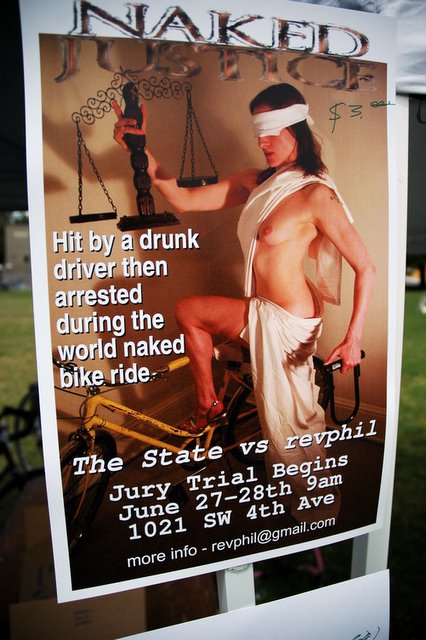 The DA dismissed all charges shortly afterward. I was relieved that it was over but sad to not have the case go to trial. Stu and I became good friends and our mutual love of nature encouraged us to explore Oregon’s fabulous environment including surfing the Oregon Coast.

The next year the Portland World Naked Bike Ride doubled in size. The year after it doubled and the following year it doubled. It carried on doubling each year until our recent ride of approximately 12 thousand naked bikers.  Stu had become a mainstay of our naked legal observers support team. He and other lawyers were eager to keep a keen watch out so that no other cyclists would fall the same fate as me. Stu saw it as our civic duty to protest our nation’s dependence on fossil fuels, the dominance of cars in our cities, and the shame associated with our bodies. He had been an avid cyclists in his younger days, touring across the Southeast region of the United States and he was a consummate defender of nature. 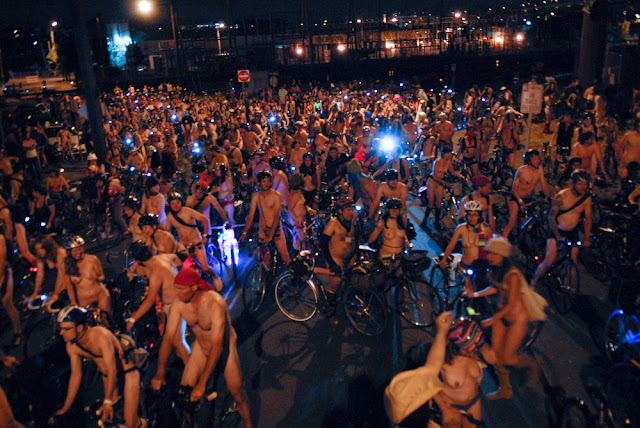 Thank you, Stu, for lending your voice to protect our freedom to assemble. Tho it should not have to be posthumously you are hereto be remembered as one of Bike Smut's most vaulted supporters, as a Hero de Bike Smut.


photo credit to Jonathan Maus of BikePortland.org
Posted by revphil at 3:20 PM