Across the continent on a horse named Johnson

Cars suck. We spit upon their noisome internal combustion engines. We wish death upon their isolating steel carapaces. But we understand that these machines do occasionally have their limited uses. Perhaps the most noble of these uses is transporting bicycle pornographers across vast distances at high speeds. The demands of our tour schedule and the sad inadequacy of the European rail system (which nonetheless greatly exceeds North American mass transit) forced us into purchasing a 1999 Ford Transit in a German town outside Stuttgart back in April at the beginning of our tour. And despite our detestation of cars, sometimes we find that a certain affectation can grow out of our affection. And so it is that after thousands of kilometers of hard labor in service to the advancement of the bikesexual revolutionary program, our 1999 Ford Transit has earned a small place of favor in the hearts of the Bike Smut team.

After taking us to 22 shows in 18 different cities and driving through 14 countries, and getting through seven of those countries without having a front triangle window after a vicious thief attack in Athens, and only breaking down in one country, our motorized steed has earned some grudging amount of respect from Bike Smut. So it was that after its epic 14 hour all-night gallop across the Balkans from Katerini, Greece to Ljubljana, Slovenia, the porn-mobile finally won a name for itself.
So now, with great fanfare and ejaculations, we unveil the title of our iron horse:
STONEWALL JOHNSON
This is, as far as we have discerned, the only car in existence with a quadruple entendre name. How is that, you ask? How can one Ford Transit pack so much juicy symbolism into one pithy moniker? Education time! 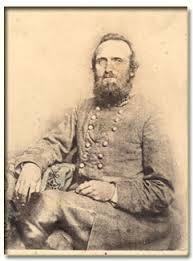 1. Stonewall Jackson – Famed general of the Confederate States of America. Stonewall Jackson was the most capable and brilliant commander to fight for the slave-holding states. He was by a stroke of good fortune accidentally shot by his own men and died in 1863. For unknown reasons the Bike Smut van came with a Confederate flag emblazoned on the hood, so it is that the van bears the name of the General.
“My religious belief teaches me to feel as safe in battle as in bed.” - Stonewall Jackson 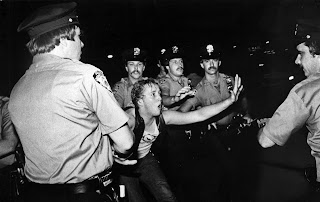 2. Stonewall Riots – One of the first eruptions of queer insurrection in the United States. Queens, fags, dykes, all of that rabble, fought the NYPD on Christopher Street for three days back in 1969. Discovering the real power that they had when they stood side by side with their community and openly confronted their enemies, that moment was a spark for the queer movement in the US. Bike Smut is all about the queer insurrection.

3. Marsha P. Johnson – Leading street fighter in the Stonewall Riots and revolutionary transgender activist. Marsha P. Johnson was on the front lines of the early struggle for queer liberation. But as a working class trans woman of color, the middle class white gays and lesbians who soon took control of the movement tried to push her to the back of the line. With Sylvia Rivera, Johnson founded Street Transvestite Action Revolutionaries to push the movement for gay rights towards a movement for queer liberation. We strongly suggest that you read up a bit more about Sylvia Rivera and Marsha P. Johnson.

So there you have it - Stonewall Johnson, a van rich in layered meaning. Long may it reliably transport our bicycles.
Posted by isyan at 4:51 AM