Its the final screening of Bike Smut and its gonna be a doosie! Last year Minneapolis was one of our best shows! A perfect storm of bureaucracy threatened to shut down one of our favorite venues, The Bedlam Theater.  30 hours before showtime the city of Minneapolis told them there would not be allowed to host Bike Smut! Thankfully its a good community of people working together to make some amazing art happen and the excellent people at Ground Zero decided that the power of the Smut wouldn't be interrupted in Minnesota! Go on we did... and how! With the power of our legs we bike toured from Minneapolis to Montreal to Mexico! Now we have reversed the trend, going counter clockwise and doing it with the power of mass transit, eschewing our ass transit.. for now! Soon we plan to be bike touring again but for now enjoy THE ULTIMATE SCREENING OF BIKE SMUT 8: COME AGAIN!

But first we are gathering for freedom of sexuality and mobility... and also for  deliciousness of great beer! 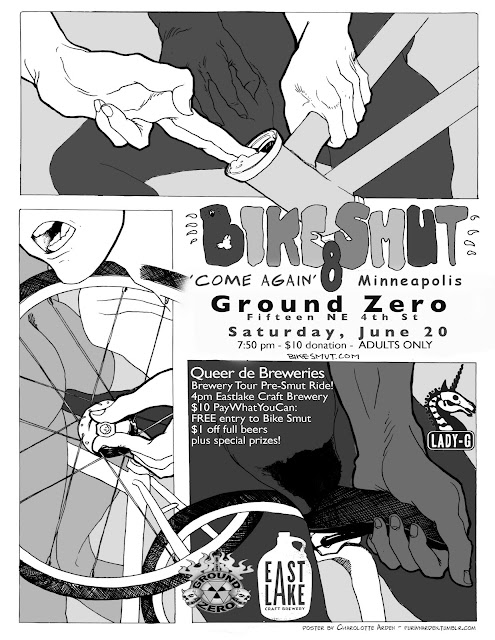 $10 gets you $1 off full beers at Eastlake, Entry to Bike Smut 8: Come Again: Minneapolis

4 PM: Meet at Eastlake Craft Brewery
4:30 Roll Out to TBA
7:30 PM: Arrive at Ground Zero Nightclub for Bike Smut Celebration
Dance at the BSDM after party with beats provided by DJ Fenris 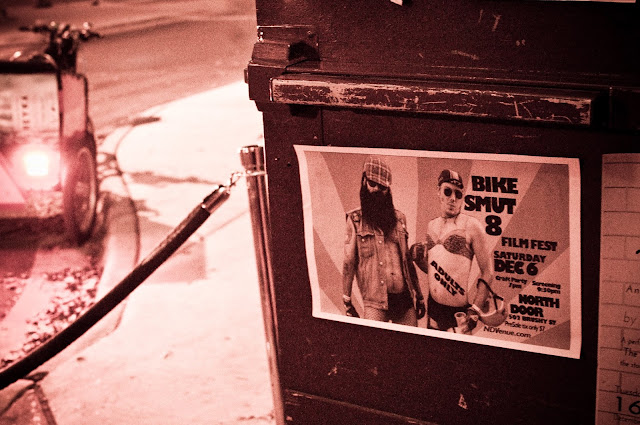 ITS SUMMER FUCKING TIME!   GET HOT!!