Burning Down the Fort Collins

Today we turn our way back machine to the gradually intensifying bikesexual outpost of Ft. Collins. If you were repopulating the United States with bikesexuals we might assume one would start on the West Coast and spread across the planet like a joyously liberated plague of happy-go-fucky, DIY space elves. And while Salt Lake has generated vastly more bikesexual energy than would otherwise be expected the Rockey Mountains are quite formidable and the plains that follow are quite... plain. After Ft Collins you don't get much support until you hit Kansas City which only properly came into the bikesexual fold last Spring. 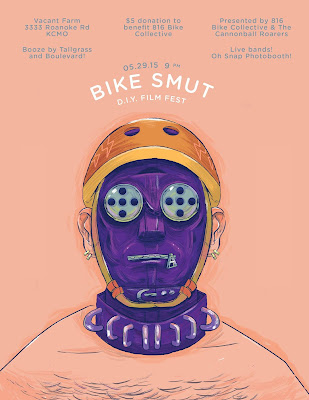 Initially the FoCo provided a significant challenge of its own. With grounded institutions like Tour d Fat and other diversions the brutal work of daily bikesexual intifada seems silly. The drivers are often polite (compared to other places in Colorado) the people are pretty liberated and have a lot of opportunities to be playful in the streets so maybe Bike Smut is not really needed there. 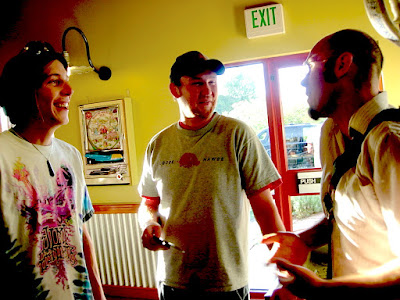 We saw there was a general appreciation of the ideas inherent to Bike Smut, although there was more than the expected amount of intimidate concern when a person found out that pornography could be blended with bicycles. Still we assumed that with the proper amount of lubrication we could relax this small town's over clenched sphincter.  We just didn't know how much social lube it would take.


That was a cold night but the kegs did keep us somewhat warm considering all the nudity and our support of another nonprofit that refused to accept our help. No matter, when it comes to raising awareness we are always on display.

The years went on and we found ourselves playing shows at university rooms there were mysteriously, and conveniently made available to us and for a couple years a nonprofit tool sharing group called HammerTime! It was up for a few years but the nature of organizing people into sharing stuff is not very profitable, alas. Then when Bike Smut was really kicking filmmaker ass with bigger name directors and people spending actual money on producing some impressive fucking art we had no venues left! All was dire until a place we had given up on years before started returning our calls. Like us they had been doing the hard work of sharing independent film for many years and now we were finally able to make the connection. Presenting one of the finest micro cinemas in the west:

For 3 years they have hosted our film festival, never mind the  burden we place on each other because we are both so fucking independent! We make it work because it is worth it to have quality DIY artistic expressions of sexuality and mobility made available in an excellent, comfortable venue. 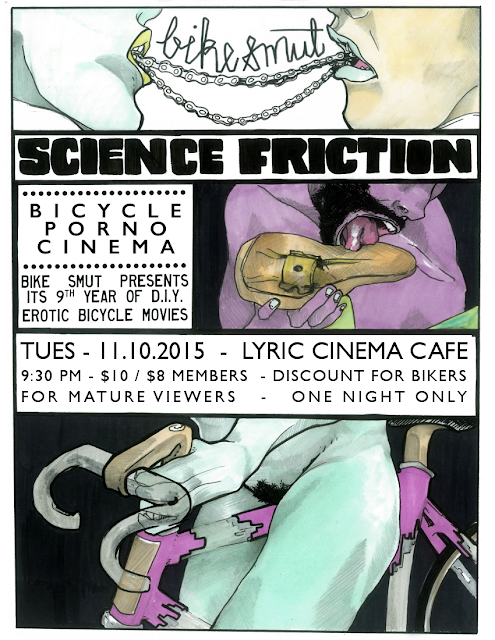 Plus they have great beer. Wont you join us?

Tuesday November 11th
Lyric Cinema Cafe
300 E Mountain Ave
9:30 pm - with live performance
$10 - less if you ride your bike or are a member.   Get tickets now!
Its a really great venue! Save yourself some money and join up!

This is the last screening of Bike Smut in Ft. Collins. So it is likely that this is the last time you will be encouraged to get naked, lie on the freezing ground and form a giant "350" in order to bring attention to how many days of the year we are expected to wear pants.
We have scheduled 3 of our 4 Colorado shows. Only Boulder is left, waiting in the lurch. What will happen? 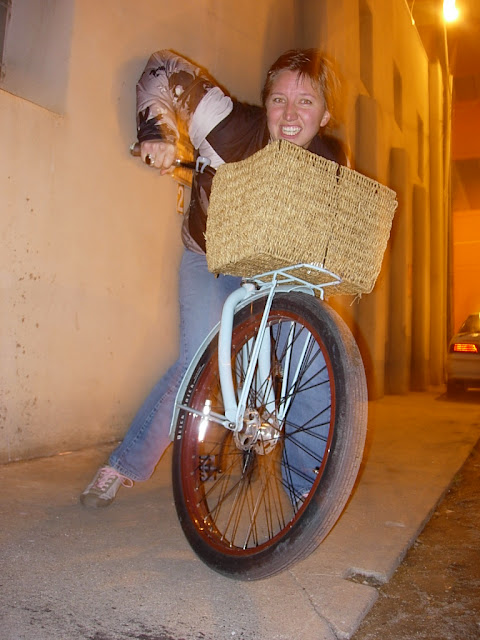 Sing our swan song, Lyric!
Posted by revphil at 1:09 PM No comments: