Stand back for mind-explodingly good news.

But being an independent, self-made woman of the world she was not content to just rest on her haunches. What good would it be to live comfortably in a fortress of pleasure if the rest of the planet is burning with unquenched desire? Thus, Annie Sprinkle made it a point to carry on with the sexual healing of the world by fucking the world over; she has just completed a 7 year series of art weddings to the Earth.

People think of the earth as ‘Mother Earth’. But today Earth is so battered, abused, blown-up, exploited, ripped apart and polluted, that she can’t handle the burden of being a ‘Mother’ anymore. It would be better to think of the Earth as a ‘Lover’ because we take care of our lovers instead of expecting them to take care of us.

You can imagine how excited we were to hear that the sex-positive feminist legend was coming to Portland and wanting to partner up with some environmentally forward perverts! That's us! Sweet!

So it is our esteemed privilege to announce Annie Sprinkle is coming in Portland!

In addition to the glory that is Dr Sprinkle attendees will be able to learn about some of the local resources for "Do it better" adult living, including:

The Lotus Heart Center, an an actual building in Portland (so much sex positive stuff is internet only) that offers classes and rentals for events.

Sex Love & Spirit is a meta group of some of the various sex positive groups in Portland. Pretty handy if you are wanting to find a deeper connection without pedals, saddles and grips. They are hosting

As You Like It, a body/environmental/gender-less positive sex store catering to the ethical demands of the most discerning vegan, tree-hugging tranny. Join their founder, Kim on a walking Ecosexual hike down the Clackamas River with Annie Sprinkle which sounds pretty beautiful. 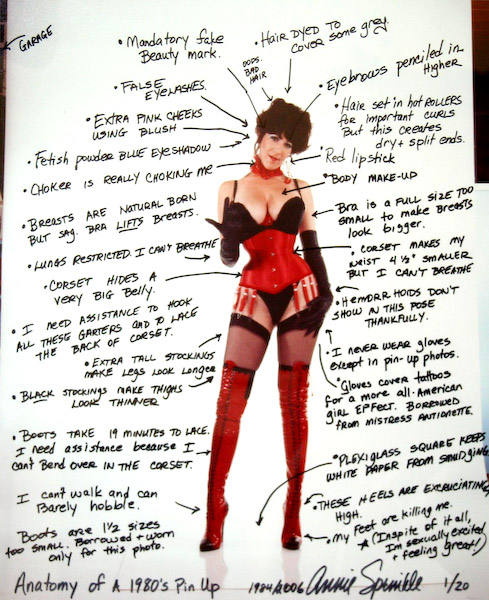