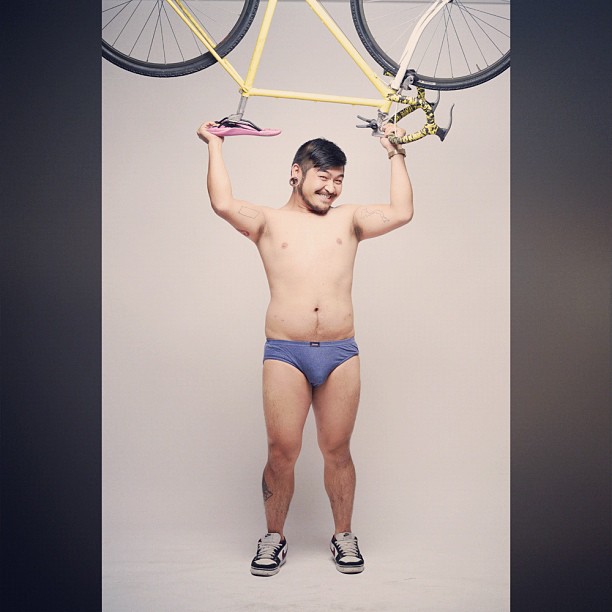 
Slut <3 Bike <3 Love  (2:40)
Sarah Armstrong & Rødbro, 2012, Copenhagen, Denmark
A story of bike-sexual sluts and their search for freedom in the city.  A gang of girls get on their bikes to see what they can find.

Monella (Frivolous Lola) (Exert)
Tinto Brass, 1998, Italy
Tinto Brass has been long considered the King of European erotica and is most famous for the film ‘Caligula’. ‘Monella’ is from much later in his career, but opens with one of the most charming scenes of bike-sexulaity in mainstream cinema.

PUMP! (6:04)
Rev Mook, 2012, Los Angeles, CA
A girl riding in the desert gets a flat, soft tire. Unable to find help, she discovers a bike pump! Unfortunately the pump fails to get the tire hard enough for her liking, so she explores alternative methods to convince the pump to make the tire hard.


Smut Noir (3:45)
Megan D. and Jenn H., 2012, Portland, OR
A private detective is on the hunt for a notorious bike thief.  When she finally tracks down the culprit,  she hits her with some hard punishment. These three-time Bike Smut contributors have chosen to use the noir style for their latest work.

Bike Maintenance (6:00)
Adrian, 2011, Berlin, Germany
A self-described chronic masturbator and bike lover services himself and his bike at the same time.

The Bike Wizard (6:15)
Jessie Sparkles, 2012, Seattle, WA
Two budding bike-sexuals are confused about how things go together. Good thing the Bike Wizard is around to help them figure things out.


Come Find Me (21:33)
Courtney, Trouble, Poppy Cox and Rev Phil, 2012, Oakland, CA
A woman wakes up to an enticing polaroid, inviting her on a bike powered scavenger hunt.  After a lot of teasing she gets her thrilling reward.

After 6 years, we still do not make DVDs or put these films online. The only way to see this program is to come to a screening.