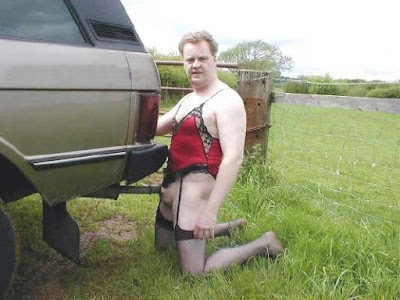 The time will come when all this "promotion of an independently created film festival trying to encourage cycling and make bikers more aware of issues and ideas regarding sex" will turn into just a lot of ranting about shit that is only barely related.

Today we take another step in that unavoidable direction.

We are frequently are told to inform the public about ideas regarding other forms of transportation.

Sure, we had our share of wild automotive flings back in the day, but that was a college thing.

Of course, given the nature of the internets PLUS some not-horribly-impressive DIY creativity someone was bound to help those poor car fuckers who could not help themselves:

The best way to have sex with a car, however, is not raw. You need the following equipment:

If you don't have one, you can get one through me (Dekhyr,
[redacted]) or you can attempt to build one yourself. The SIU is essentially a tube made of foam rubber, rolled such that the inner diameter is slightly smaller than the diameter of your erect penis. When lubricated, it acts as a sexual interface to whatever you attach it to. In this case, it is inserted into the tailpipe of the car you want to have sex with.

To build one, you will need black electrical tape, a 'Koozie',
a can of soda, and a hefty pair of scissors. A 'Koozie' is a foam rubber dingumbob in which you put a soda. It keeps the soda cold and your hand warm. Being a 'give-away' item, you usually can't find it anywhere. I've had reports of finding them in liquor stores. I've actually found a good deal of them at a local discount-type store.

Its not our place to judge one kink over another. As they say: different strokes. We have seen gay cars, consensual bicycles on motor cycles, and most every kind of car "topped" by a variety of butch mountain bikes. But everyone has a 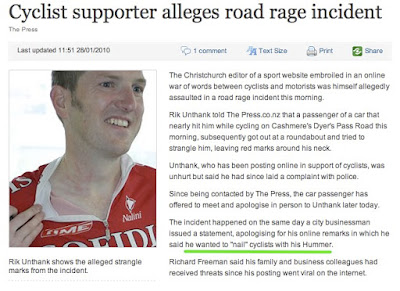 breaking point. An idea that takes us from, "well that's ok, if you are into that kind of thing" to "someone call Department of Stopping Fucked-up Shit!"

We've told you damn beasts for years. Consent is sexy. When will you learn!?!?

Well maybe a bunch of bikers crossing the bridge is not sexy as sticking your dick inside a tailpipe, but then again maybe we should let the succinct Andy

Singer describe why we think bikes are almost alway more sexy than cars.

Lets get back to the promoting the positive, to pimping the good, to sharing the tightest biker shorts ever! Yes it is time to pump our asses all over town.
Posted by revphil at 12:23 PM